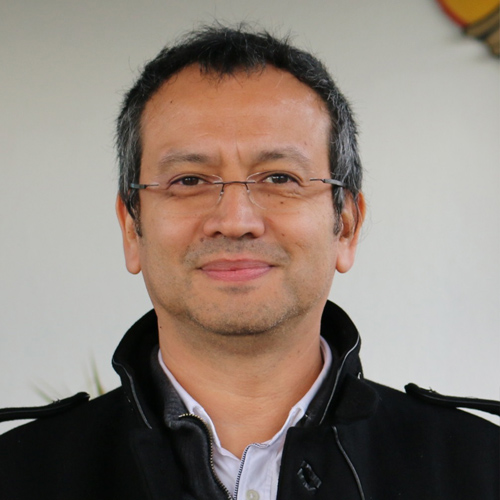 ACADEMIC DEGREE: DOCTOR OF SCIENCE WITH A MENTION IN CELLULAR, BIOLOGY AND NEUROSCIENCES

The focus of my research is the study of the molecular and cellular bases of thermotransduction and nociception, the role of TRP channels and other voltage-sensitive channels in sensory physiology, as well as the regulation of thermo-TRP channels in primary sensory neurons. I have contributed to unveil the role of the thermo-TRP channel TRPM8 and Kv1 potassium channels in cold sensitivity and excitability of primary sensory neurons of the somatosensory system, and to the role of TRPM8 channel as a humidity detector of the corneal surface, among others. I have led or been part of several well-cited publications in important journals of the field, including The Journal of Neuroscience, Nature Medicine, Cell Reports, The Journal of Physiology (London), The Journal of Biological Chemistry, The Journal of Neurophysiology, Biophysical Journal, Physiology (Bethesda), Pain, and The Plant Cell, among others, with a mean impact factor of 6.0. I edited the book TRP Channels in Sensory Transduction, published by Springer in 2015, and I have four book chapters. Altogether, these publications have received more than 800 citations.

I have organized or have been invited to 16 Symposia of the field in four countries including Chile, and I have presented more than 130 abstracts in national and international meetings. I am a member of the Society for Neuroscience (USA) and of the Chilean Society for Neuroscience (Chile). I have led several grants in the field, including one ANILLO Associative Project (PIA-CONICYT) and three Regular FONDECYT Grants, among others, together with my participation as co-investigator in four FONDECYT Grants and two CORFO L1 Grants. I have mentored five postdoctoral fellows in my lab, including the advice of two FONDECYT Postdoctoral fellows, four PhD students, one MSc, nine undergraduate students, and several national and international postdocs, graduate and undergraduate students visiting my lab in the last years.

We use multistrategic approaches, that include patch clamping of primary sensory neurons, heterologous expression of ion channels, Ca2+ imaging, extracellular recording of thermoreceptors and nociceptors ex vivo, several molecular and cell biology tools including AAV-based transduction of sensory neurons in vitro and in vivo, and behavioral tests.

Headline: Ocular surface wetness is regulated by TRPM8-dependent cold thermoreceptors of the cornea

Headline: Variable Threshold of Trigeminal Cold-Thermosensitive Neurons Is Determined by a Balance between TRPM8 and Kv1 Potassium Channels 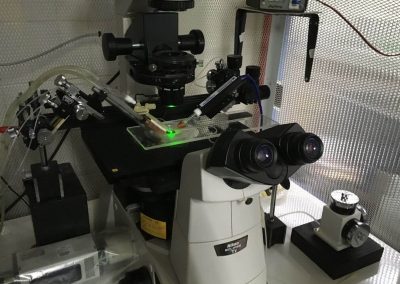 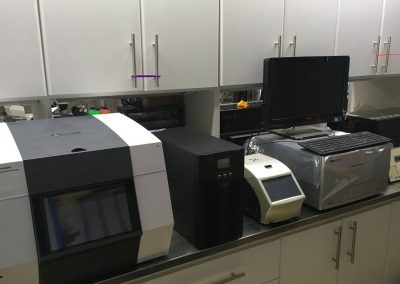 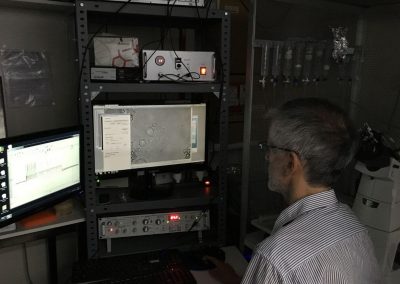 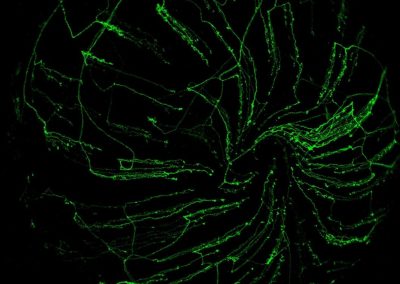