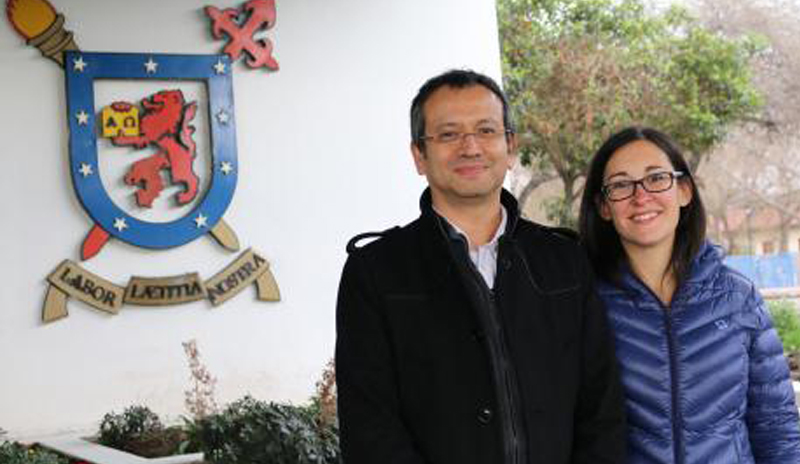 The research teams led by doctors Rodolfo Madrid and María Pertusa, belonging to the Department of Biology of the Universidad de Santiago, are part of the proposals selected this 2020 by the Millennium Scientific Initiative, a program of the National Research and Development Agency, ANID .

Five new proposals and four renewed Nucleus was the result of the Nucleus Contest in Natural and Exact Sciences 2019 recently announced by ANID. In the case of the Faculty of Chemistry and Biology, the initiatives, which will have three years of financing with a renewal option, correspond to the Millennium Nucleus of Diseases Associated with Ion Channels (MiNICAD) and the Millennium Nucleus for the Study of Pain (MiNuSPain ).

The first of them focuses its work on the study of the structure-function relationships of a group of ion channels of the TRP superfamily, whose alterations result in a wide spectrum of human diseases, focused mainly on the study of protein-protein interactions and post-translational modifications that modulate its function under physiological and pathophysiological conditions.

MiNICAD has the support of the Vice-Rector’s Office for Research, Development and Innovation (Vridei) and the Faculty of Chemistry and Biology, and in its first three years it has become a pole of development and advanced human capital training in the various disciplines that converge in the proposal, in addition to being responsible for more than seventy WOS publications in the period, with an average impact index close to five points.

The Millennium Nucleus MiNuSPain, meanwhile, will focus its work on the study of the molecular and neural mechanisms that underlie various painful neuropathies that are difficult to treat, with special attention to the excitatory and inhibitory functional imbalance of the molecular entities that account for electrical activity Altered primary afferents in response to peripheral axonal damage in humans.

This multidisciplinary group will combine cutting-edge basic science and clinical work to find new treatments for various forms of disabling chronic pain, with an emphasis on painful fine-fiber neuropathies.

Like the MiNICAD Millennium Nucleus, the MiNuSPain Millennium Nucleus has the support of Vridei and the Faculty of Chemistry and Biology, and in the next three years it hopes to become not only an attractive center of excellence for the formation of advanced human capital in basic science and clinical research, but also in a pole of collaboration with national and international researchers interested in the study and development of new therapies for the treatment of pathological pain from multiple fronts.