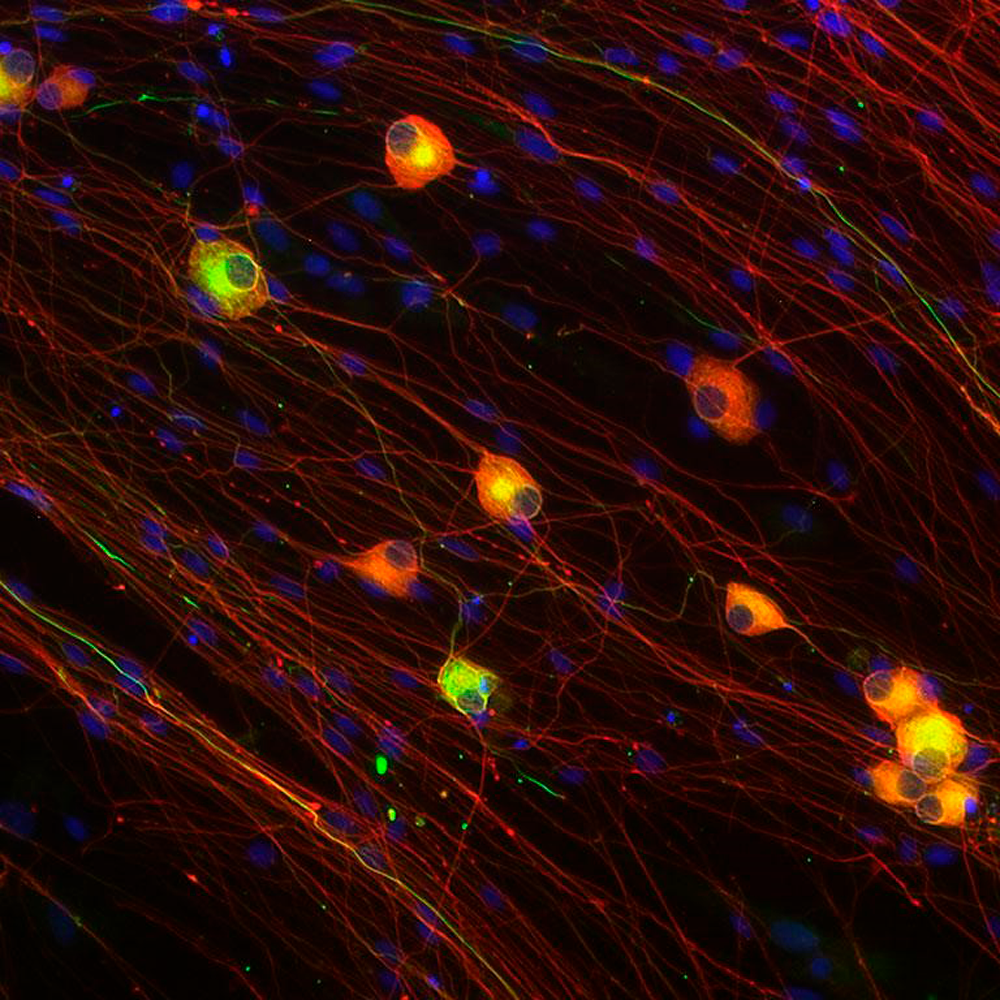 Researchers from the Millennium Nuclei MiNuSPain and MiNICAD recently published a study in The Journal of Neuroscience on modulation of the function of the TRPM8 channel by phosphorylation. Those responsible for this work, María Pertusa and Rodolfo Madrid, explain the details of this publication and the possible therapeutic projections of their findings.

Academics from the University of Santiago, and researchers from the Millennium Nucleus for the Study of Pain (MiNuSPain) and the Millennium Nucleus of Diseases Associated with Ion Channels (MiNICAD), Drs. María Pertusa and Rodolfo Madrid, published a study in the journal The Journal of Neuroscience, which delves into the bases of the regulation of the function of the TRPM8 ion channel. This channel, which is present mainly in primary somatosensory neurons, allows us to detect the drops in temperature that we experience in our daily lives.

TRPM8 (transient receptor potential melastatin 8) is a channel that not only opens when the temperature drops, but is also activated by the binding of chemical compounds such as menthol, which causes the “sensation of cold”. According to what the researchers explained, one of the mechanisms used by the cell to regulate the activity of proteins, in general, is the addition of chemical groups to the side chains of some amino acids.

“The nature of these post-translational modifications is varied: from simple molecules such as phosphate groups, sugars, lipids, and even small proteins, to name a few. The addition of these groups, in many cases causes changes in the activity of the channels or in their location within the cell, modulating their function”, the researchers pointed out.

In this particular work, Dr. Pertusa’s group, in collaboration with Dr. Madrid, focused on studying the impact of basal phosphorylation of the TRPM8 channel on its function. “We have determined that the presence of this modification in specific amino acids of TRPM8 acts as a molecular brake on the function of the channel, by causing a reduction in the levels of this protein in the plasma membrane on the one hand, and decreasing its activation by cold and by chemical agonists on the other”, detailed.

This finding by MiNuSPain and MiNICAD scientists has well-defined projections, in their own words. “On the one hand, we are studying how the regulation by phosphorylation of TRPM8 is affected when peripheral nerve damage occurs, and if the dephosphorylation of the protein in specific residues could contribute to the painful hypersensitivity to cold that is generated by this type of injury”, specified.

At the same time, it is also essential for researchers to determine which proteins determine the phosphorylation status of TRPM8. The latter, in order to «identify new therapeutic targets that allow modulation of the function of TRPM8 in those pathological states where its activity is altered», they added. 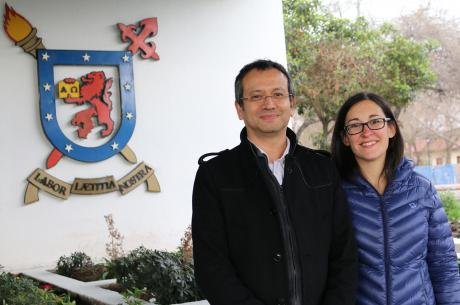 Cold as an agent in pain

When the nerve terminals that innervate the skin are subjected to a drop in temperature, the TRPM8 ion channel opens and allows the entry of ions into the cell. This generates an electrical signal that travels through these neurons to then reach the brain, where that information is interpreted as cold. On the other hand, this same channel is responsible for the fact that every time we take a peppermint we feel that refreshing sensation so characteristic. In this case, the cold thermoreceptors that innervate the oral mucosa are activated in the presence of menthol, sending the signal equivalent to a drop in temperature to our brain when in reality there is none. In addition, these neurons also play a critical role in regulating the humidity of the ocular surface and determining the frequency of blinking, among other functions.

In mammals, cold detection is carried out by the somatosensory system through a subpopulation of neurons called cold thermoreceptors. As explained by Dr. Pertusa and Dr. Madrid, these can be divided into two populations: those with a low threshold, which are activated between 33° C and 26° C in the terminal and which signal harmless or pleasant cold; and those with a high threshold, which are activated at temperatures below 26 ° C and signal annoying cold. Finally, we must also consider a population of nociceptors that are activated when the temperature reaches 15 ° C and that signal painful cold.

A subgroup of these nociceptors express the TRPM8 channel, which also gives it a role in the detection of damaging cold. Dysregulation of several ion channels that occurs after peripheral nerve damage, including TRPM8, can result in an alteration in the threshold temperature of activation of these neurons. In this way, cold thermoreceptors and nociceptors could be activated at higher temperatures, generating an exacerbated response to a moderate stimulus.

In this scenario, the same stimulus that under physiological conditions only activates low-threshold thermoreceptors and signals harmless cold, after an injury, is capable of activating neurons that signal pain. This is the neural mechanism behind, for example, cold allodynia, where a harmless cold is interpreted as a stimulus that causes a lot of pain.

“Painful cold hypersensitivity may be due to an imbalance in the function of ion channels that account for the excitability of cold thermoreceptors and pain-signaling neurons, or nociceptors. TRPM8 is one of the ion channels that are expressed in these neurons, and a gain in function could cause an exacerbated response, reflected in pain conditions that can even become chronic”, the researchers detailed. In this scenario, they concluded, «characterizing the mechanisms that regulate the function of TRPM8 in physiological conditions helps us understand how an increase in its activity could occur in pathological cases, such as those that lead to disabling sensory alterations such as painful hypersensitivity to cold» .