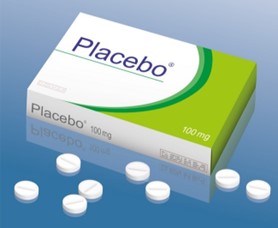 It’s been reported that placebo effect can be induced without the need for deceiving the patient, but rather simply the act of performing the procedure while explaining that it’s fake (Kaptchunk, 2018) which would hugely facilitate their use in clinical trials.

By adding a dose of opioid inhibitor naloxone along with the open-label placebo, the analgesic effects are reversed.