MINUSPAIN: THE TRANSLATIONAL SCIENTIFIC ALLIANCE THAT GATHERS FIVE UNIVERSITIES IN THE COUNTRY TO FACE THE PROBLEM OF CHRONIC PAIN 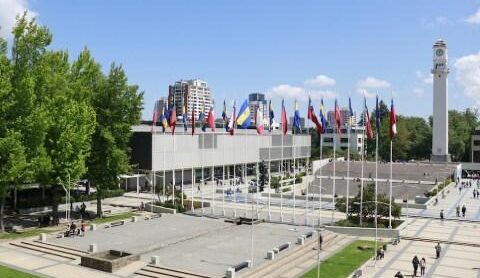 “It is so intense and debilitating that it is as if you were being stabbed by a sword, a burning pain with added unpleasant sensations,” said Dr. Margarita Calvo to explain how patients perceive neuropathic pain.

«It is paroxysmal, that is, it appears without prior notice and generally causes fear that this will happen suddenly, for this reason patients begin to avoid some activities of their daily life, with severe psychological, emotional, social and work consequences», she explained.

For about 15 years, the specialist has studied the molecular and cellular mechanisms that cause neuropathic pain, an alteration caused by a disease that affects the somatosensory nervous system, damaging the nerve fibers where pain receptors are located and altering perception.

This causes the patient to have an increased sensation in front of painful stimuli and even more so in front of others that should not cause it, such as the simple rubbing of a sheet.

It is a highly prevalent pathology, it affects between 7 and 10% of the population, despite this, it is difficult to diagnose and even more complex to treat.

“Out of every six patients treated with the available drugs, only one achieves results, but this result means that their pain will only decrease by 30%. This lack of efficacy, added to the fact that they have a long list of adverse effects, makes many patients abandon the treatments”, said Dr. Calvo, an academic at the Faculty of Biological Sciences of the Pontificia Universidad Católica de Chile (PUC).

The consequences of this are devastating for those who suffer it, “without treatment options, these patients are left with very severe and disabling pain that, in addition, is little understood by their environment, because the cause is not a visible injury, but is damage to the nerve fiber that cannot be seen with the naked eye ”, explained the academic.

With the conviction of finding new therapeutic options that improve the quality of life of thousands of people affected by this problem, the specialist recently assumed the direction of the Millennium Nucleus for the Study of Pain, MiNuSPain, one of the five new centers of this type funded by the Millennium Scientific Initiative of the National Research and Development Agency (ANID) as of this 2021.

«We are five groups of scientists who collaboratively approach the study of pain signaling pathways from different perspectives, both at the peripheral nervous system level and at the central level,» explained Dr. Elías Utreras, Alternate Director of the Center and academic of the Universidad de Chile.

The researcher stated that the scientific world still does not know the exact mechanisms by which pain is perceived, in a process that begins with the activation of the receptors found in the nerve terminals and which are then transformed into electrical impulses that travel through from the peripheral nervous system, to the spinal cord and the brain, where it is finally interpreted, in a journey that lasts just a few tenths of a second. Alterations in this sequence, however, can be catastrophic for the patient.

«Integrating these visions for the study at the molecular level of pain, with the different experimental approaches that we have in the team, is important to try to fully understand this process and identify new clinically relevant molecular targets that could be participating», emphasized the teacher from Bello’s house.

In this regard, the academic from the Universidad de Concepción and Associate Researcher of the Millennium Nucleus MiNuSPain, Dr. Gonzalo Yévenes, stated that one of the advantages of the proposed work platform is the integration between biomedical and clinical science through an approach called «bedsite to bench and back”.

“Our project integrates preclinical research with clinical research, the ideal combination; that could lead us to better understand the processes. But, at the same time, it will allow us to generate new pharmacological targets, both in the sensory neuron and in the central nervous system, be it the spinal cord or even at the level of the brain ”, he stated.

With this, he assured, the possibilities of finding new treatments that improve the effectiveness of the current ones are expanded.

In the case of the line of work developed by the laboratory at the Universidad de Concepción, the study is focused on glycine receptors, a subclass of inhibitory receptors of the central nervous system present in the spinal cord, which constitutes the first processing station from the pain stimuli that come from the periphery.

«Our research has shown that this type of receptor is very promising to develop new analgesics that have, in this case, a very little explored target in the area of ​​pain control,» argued Dr. Gonzalo Yévenes.

“The cornea is the most densely innervated tissue in the body. In situations of damage to the ocular surface caused, for example, in corrective surgeries or by the constant use of contact lenses or other forms of traumatic damage that involve the deterioration of the sensory neurons that innervate the cornea, alterations can occur both in the morphology of the terminals, as in the levels of functional expression of some ion channels relevant for their response to stimuli ”, explained the academic.

«The multiple functional alterations suffered by the different types of trigeminal neurons that innervate the cornea after axonal damage, can in the long term become a source of neuropathic pain,» he added.

Furthermore, «in our laboratory we study the role that ion channels of the TRP superfamily have in these alterations, among others, not only in this tissue, but in various somatic territories.»

In this way, the USACH researcher seeks to find new molecular and neural targets that make it possible to correct these alterations and combat neuropathic pain associated with peripheral axonal damage.

Meanwhile, the work led by the academic from the Universidad Católica del Norte, Dr. Claudio Coddou, has identified a protein, the purinergic receptor P2X3, which has already demonstrated its effectiveness as a sedative and which could be key to the development of new drugs.

«Numerous studies have been carried out in preclinical models and its analgesic effect has been verified and, currently, there are similar studies for at least 5 different molecules that have effects on purinergic receptors».

The scientist explained that «in the same way, when studying other regulatory processes of this protein, more efficient and selective strategies can also be developed that act on specific receptor subtypes that have a greater contribution to pain signaling.»

That is, specific drug targets could be generated for pain control in various pathologies.

Finding new therapies that are more effective is essential, given the magnitude of the problem in Chile. It is estimated that about 10% of the country’s annual health budget is allocated to spending on medical care for pain, which is equivalent to the total resources allocated for the development of science in Chile.

“Investing in the development of science that allows improving the quality of life of thousands of people with neuropathic pain is not only a way to avoid greater public spending in the future, but also a social responsibility that allows to deliver well-being and quality of life to thousands of patients and their surroundings, who suffer daily from this condition ”, the director of the Millennium Nucleus MiNuSPain pointed out about this problem.