How does mindfulness meditation reduce pain? 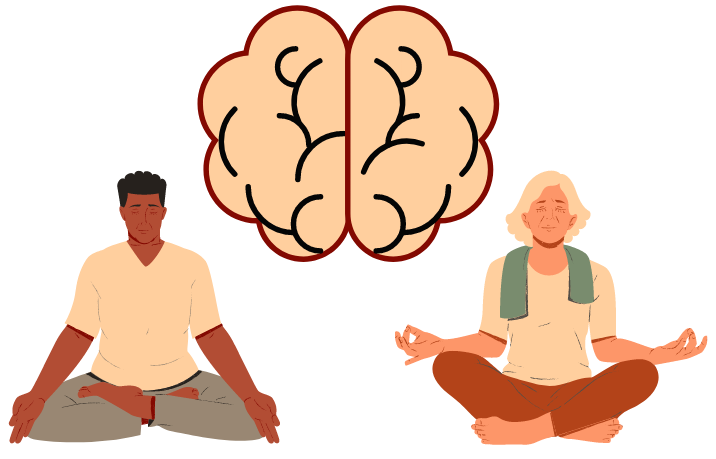 Mindfulness meditation interrupted communication between brain areas involved in processing pain sensations and areas that produce the sense of self. This resulted in reduced pain as individuals lost ownership of the sensation.

In this study, the brains of 40 participants were scanned while painful heat was applied to their leg. After experiencing a series of these heat stimuli, participants had to rate their average pain levels during the experiment.

Participants were then split into two groups. Members of the mindfulness group completed four separate 20-minute mindfulness training sessions. During these visits, they were instructed to focus on their breath and reduce self-referential processing by first acknowledging their thoughts, sensations and emotions but then letting them go without judging or reacting to them. Members of the control group spent their four sessions listening to an audio book.

On the final day of the study, both groups had their brain activity measured again, but participants in the mindfulness group were now instructed to meditate during the painful heat, while the control group rested with their eyes closed.

This is a really important finding for the millions of people looking for a fast-acting and non-pharmacological treatment for pain.

When the team analyzed participants’ brain activity during the task, they found that mindfulness-induced pain relief was associated with reduced synchronization between the thalamus (a brain area that relays incoming sensory information to the rest of the brain) and parts of the default mode network (a collection of brain areas most active while a person is mind-wandering or processing their own thoughts and feelings as opposed to the outside world).